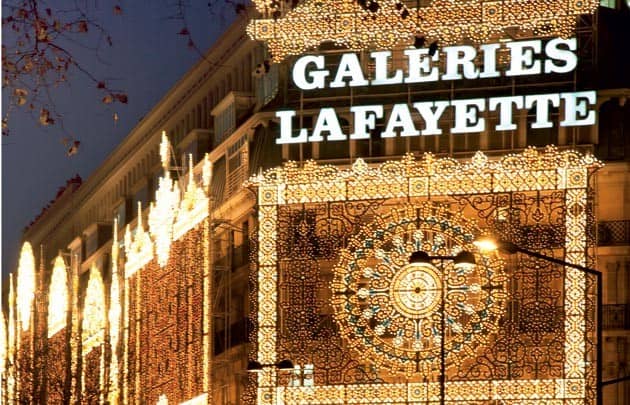 Paris in January. Weather, what to wear, events, winter sales

You plan to visit Paris in January,  You need tips about weather, what to do,  what to pack … Welcome
Many Exhibitions, musicals and Ballet are taking place during this month but January is also the period of winter sales.

Weather in Paris in January

January is one of the coldest month of the year. Temperatures can decrease seriously and be very low but in Paris, the temperatures are rarely under -5°C  (23°F) they are often about 1°C (34 ° F)

The average rainfall is not very important, but it can snow or rain. Paris under the snow is very beautiful but it can be a little bit disorganized.

In average, they are about 17 rainy days (with light and moderate rainfall) in Paris in January  and 2 hours sunlight a day.

You can have many sunny days that are generally colder than cloudy ones.

What to pack, what to wear in Paris?

So during this month it is better to be dressed for the cold. You need to bring with you a winter coat (or parka or jacket), a scarf, gloves. An umbrella might be useful, shoes which supports snow too. Nevertheless, leave room in your luggage, you will certain do shopping during your stay in Paris

Winter Sales in Paris in January

January is the month of winter sales in France, They begin Wednesday, January 12, and end on Tuesday, February

You can have many important discounts in famous department stores like Galeries Lafayette or Le Printemps in the Opéra/Haussman area, the center of “Le Triangle d’Or” (the Golden Triangle)
You can also do your shopping at the “avenue Montaigne” where you can find the principal stores of many “Haute Couture” designer like Elie Saab, Christian Dior, Chloé…Read more about shopping places in Paris

You can also get good deals in Haute Couture designers Outlets stores which can be located inside Paris or in outlets centers which are in suburbs like la Vallée Village Center where you can find Sandro, Maje, Givenchy, Lacoste … More about Outlet Stores and Haute Couture’ s discount shops

Paris in January : Events and Exhibitions

During this period, many open-air ice skating rinks are available to enjoy winter activities with friends or family
-on the square in front of the Paris City Hall (Hôtel de Ville)
-on the Champs-Elysées at Grand Palais
-in the Jardins du Trocadéro. see Museums in Paris, Romantic things to do in Paris

Book your ticket for Centre Pompidou here and skip the line

How often it snow in Paris in January?
River Cruise there possible is case very low temperatures?

If you visit Paris in January for one week you have 30% chance to have snow. Don’t be afraid low temperatures in Paris don’t make cruising impossible but snow can make circulation very hazardous

I’m visitng Paris at late January (the third week) and i’m a shopping addict.
Is it still possible to make good deals at this period?

this will be the second week of sales in France and it is the week of the second markdown. You can make very good deals even if you will have less choice .

What can we do of the weather is too cold?

Is there any kind of celebration of the new year in Paris During January.
Some Friend have said to me that you can wish an Happy new year during all the month of January. Is it true?