home > romantic things to do in Paris > Museums in Paris 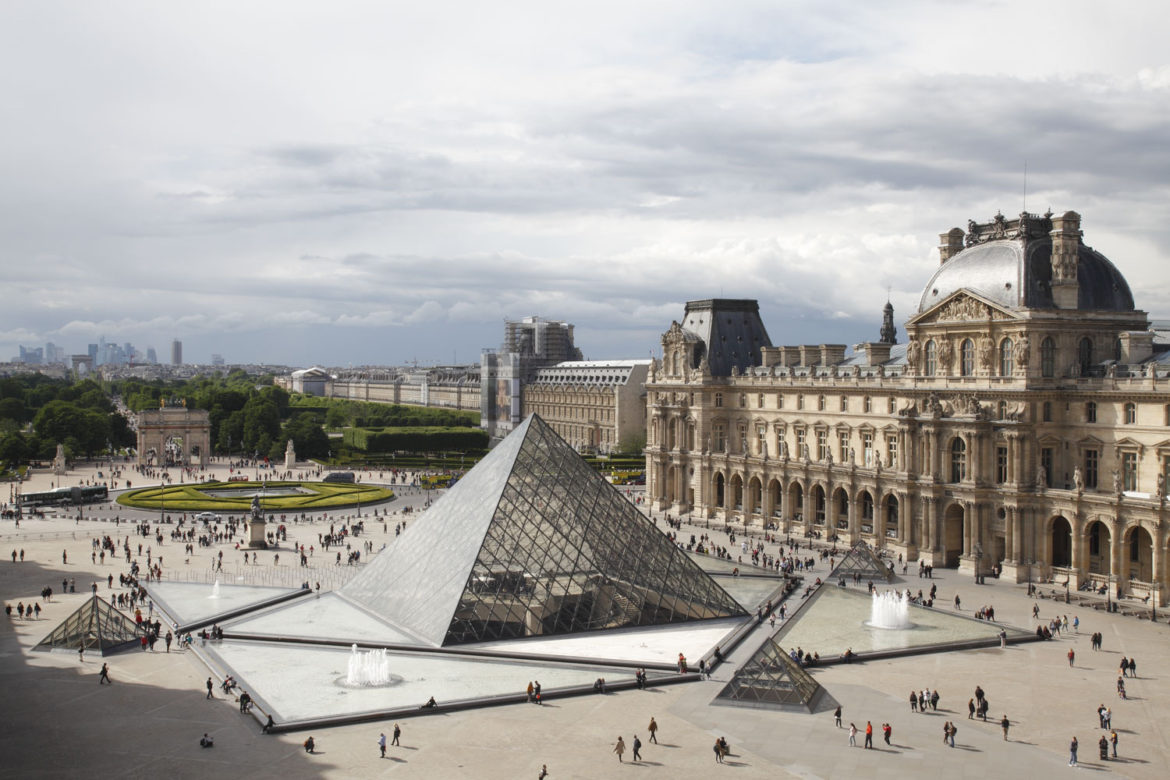 The Paris cultural life is very rich and there’s a wide variety of museums on offer. These can focus on the arts, history or science. We’ve prepared a complete list of museums in Paris, including those you really shouldn’t miss, unusual museums and best museums to visit with kids. You can also find out about Paris museum prices, opening hours and days: Everything’s here!

In addition, there are several options to benefit both tourists and Parisians so you can make the most of the city’s cultural diversity. For example, the Paris Museum Pass allows access to more than 60 museums and monuments in Paris and its surrounding regions. Most of cultural monuments have one day off by week. In general they are closed Monday or Tuesday.

An health pass is required to enter into museums in Paris for people older than 17. ( Vaccine certificate, negative test or covid recovery)

Weekly evening opening times (with some museums open until 10:00 pm or even 11:00 pm) are offered by most of the major Paris museums.

Access to the museums in Paris is also free every 1st Sunday of the month to EU nationals under 26 and to job seekers.

First, we’ve put together a list of the best-known museums in Paris. They are, of course, all really interesting and worth seeing, so it’s impossible to say which is the best.

This is the most famous Museum in Paris and one of the most iconic in the world. The paintings and sculptures of the Louvre, such as the Mona Lisa by Leonardo da Vinci, “Freedom Leading the People” by De Lacroix, the Venus de Milo and the Raft of the Medusa are also well-known worldwide. It’s Egyptology department is also one of the most important in the world.

Opening times of the Louvre Museum:

Our advice: buy your ticket online to avoid the 2 hour minimum wait.

>> Buy your ticket to the Louvre and reserve your entrance (required)

This beautiful Museum is housed in the old Orsay train station. It features many artistic movements: Impressionism, Symbolism, Realism. Works of many geniuses are on display : Gauguin, Van Gogh, Cezanne and Renoir are all there, whether you’re seeing these for the first time or as a repeat. Notably, you can book an audio guide to tell you more (€5 additional rental cost).

>> Book your fast-track ticket for the Orsay Museum

Learn more about the Orsay Museum.

Created in 1916 on the initiative of Rodin, the Museum was built on the site chosen by the sculptor, the Biron Hostel and its wonderful Garden. He donated his library, work, collections, letters and manuscripts to garnish the place. While visiting, you can see many masterpieces like “Le Penseur” or “Le Baiser“. It is one of Parisians favorite museums.

> Buy your skip the line ticket

THE CARNAVELET MUSEUM (Reopening on Mai 29)

This is a typical museum that traces the history of Paris from the Gallo-Roman period of Lutetia to the present day, through the middle ages, the Renaissance and the French Revolution. When you visit, we highly recommend seeing the crypt of Notre-Dame Cathedral and the catacombs.

Find out more about the Carnavalet Museum.

This modern art museum is located in the vibrant district of Les Halles and L’Hotel de Ville. The architecture of this building was controversial when it opened, but has now been fully accepted by local residents. It’s home to one of the 3 largest collections of modern art in the world and the largest in Europe.

THE INSTITUTE OF THE ARAB WORLD: (IMA)

The IMA has been recently updated, enriching this museum dedicated to the Arab and Muslim worlds. It’s a very unique place, even in the whole of Europe and well worth a visit. In the same district, one of the most peaceful in Paris, lies the great and very beautiful Paris Mosque built in the early 20th century.

Find out more about the Institute of the Arab world

THE MUSEUM OF MODERN ART IN THE CITY OF PARIS

Why visit the Museum of Modern Art in Paris? Firstly, it’s housed within one of the wings of a lovely Art Deco building, with the other wing home to the Palais de Tokyo. Secondly, you should visit it to see its incredible collection of Modern Art: The Electricity Fairy by Raoul Dufy, Naked in a Bath by Pierre Bonnard, The Dance by Matisse and several works by Robert Delaunay such as Rhythm n°1.

Museum of Modern Art in the City of Paris

This museum is fairly recent and opened on 223rd June 2006. It’s dedicated to African, Asian, American and Oceanian civilizations. You’ll be able to see the ancient clothing from Central Asia or North Africa, as well as the first works of art from these four continents.

Find out more about the Quai Branly Museum.

As its name suggests, this museum is dedicated to the work of the master of cubism. Created in 1985 in an individual building in Marais, it’s since been completely renovated and re-opened in 2015. You’ll find almost 400 works of art, including paintings, sculptures, and prints…

You’ll also see other artists’ works that Picasso owned during his lifetime, such as paintings by Matisse, Cézanne, Renoir, Modigliani…

Opening times for the Picasso Museum:

Prices for the Picasso Museum:

>> Book your ticket to the Picasso Museum.

THE MUSEUM OF THE MIDDLE AGES – THE CLUNY MUSEUM

This museum takes you on a journey through time. You can take in the many medieval artworks, with the paintings, engravings and books of different periods that are on display. Cluny is also an archeological site, with remnants dating back to Roman times and the middle ages.

Opening times for the Cluny Museum:

The Marmottan Museum houses one of the finest collections of Impressionism in the world and particularly the largest collection of paintings by Claude Monet. Among his impressionist masterpieces is The Rising Sun, the painting that gives its name to the current display. You’ll also be able to admire paintings by Degas, Renoir, Pissarro, Sisley, Manet, and Gauguin.

Opening times for the Marmottan Museum:

THE MUSEUM OF PHOTOGRAPHY IN PARIS

THE EUROPEAN HOUSE OF PHOTOGRAPHY (MEP)

This is the National Centre for Photography. It’s conveniently located right by the Orangerie Museum and the Louvre. There are many photographic and video exhibitions on at various times during the year.

Prices for the Jeu de Paume:

Find out more about Contemporary Art museums and galleries in Paris.

MUSEUMS IN PARIS FOR CHILDREN

THE CITY OF SCIENCES AND INDUSTRY

This huge space is dedicated to science and always full of children of all ages. It offers interactive workshops, which are fascinating for both young and old. You’ll be amazed by the Explora area and its permanent exhibitions, as well as by the planetarium and its 3D images. Kids also love the city’s playground for children aged from 2 to 7. Teens can also try out the flight simulator.

More info on the City of Sciences and Industry.

Since 1937, this Science Museum has captivated both young and old with its chemical experiments, practical demonstrations, weather workshops and mathematical challenges.

On the 1st floor, Eureka has some superb interactive exhibits.

This museum is great for helping children to get closer to art through reproductions of famous paintings in life-size dimensions.

Also, there are workshops recreating some of the masterpieces by famous painters.

The visit to the Paris sewers is a unique experience to enjoy in the capital. You can take a guided tour that lasts about an hour and learn much: follow the progress of the city’s wastewater by walking on grids that run just above the route it takes. Be mindful that there are certain odors and possibly the risk of feeling a little dizzy…

You’ll also see the huge pipes that carry waste. Videos show the course of wastewater and the way it’s handled as it flows along the 2100 km of pipelines in the capital.

THE MUSEUM OF CARNIVAL ARTS

Go back in time by visiting the Museum of Carnival Arts. It’s housed in the great Hall aux Vins, built by Gustave Eiffel.

You’ll find rides dating back to the end of the 19th century, wooden horses, live shows…you can only see these by booking in advance.

Finally, here’s a complete list of museums in Paris, with their addresses and metro stations:

You can also read about:

Find out about the other things to do in Paris:

Romantic Things to do in Paris

If you’re aware of any other Museums to add to this list, please leave a comment below.

>> Save money with the Paris Museum Pass

Map of museums in Paris : addresses, opening hours and prices

List of museums in Paris with opening hours and days