Home Paris weather Paris in September: Weather, What to Wear, and What to Do

Paris in September: Weather, What to Wear, and What to Do

September marks the end of the high season in Paris, and during this less touristy month, prices in the city slowly start to fall, meaning that you can enjoy a sunny visit of Paris for less! 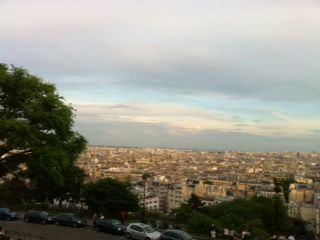 Although the Parisian weather can be quite variable in September, it remains pleasant for the most part. September is generally a sunny month with one of the lowest average rainfalls in the year.

Early September weather can be warm and is similar to that of late August. This time of the month is perfect for enjoying a pleasant stroll around French Capital in the late Summer sun.

Late September marks the beginning of Fall in Paris , with temperatures decreasing slowly (to around 15°C/60°F) but remaining quite mild. Although you may be more likely to experience rainy and windy conditions, September is still a generally dry month.

What to Pack, What to Wear

If you are traveling to Paris in  September, be sure to be well-prepared for both Summer and Fall weather:

>>Book now your hotel and save money

Things to Do in Paris at the End of Summer

It’s the back-to-school month, the end of a season and the beginning of a new one. There are many late Summer activities to enjoy in Paris: 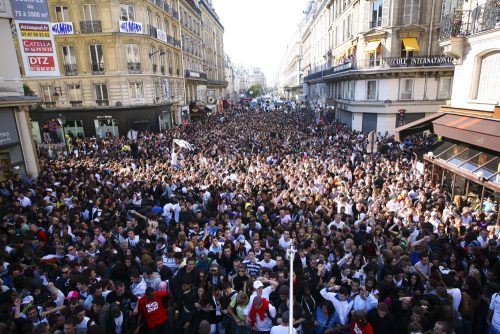 Special Events in Paris in September

Around mid-September, numerous monuments and museums open their doors to the public for free. Several museums also organize many activities to aid people in their discovery of Parisian culture.

You can also visit offices and monuments that are usually closed to the public, such as Elysée Palace – the official residence of the French President – or the Matignon Hotel, which houses the Prime Minister.

Read more : Free things to do in Paris

The Techno Music Parade will take place on September 22nd in Paris with all of its eccentric participants.

One week for the Fashion Capital to showcase its creativity to the world, with one hundred shows organized in wonderful Parisian venues such as Grand Palais, Palais de Tokyo, and Theatre Chaillot. You will find the complete Paris Fashion Week schedule on our site.

Must do’s in Paris

Best Things To Do In Paris

Paris in June. Weather, things to do, what...

Paris in January. Weather, what to wear, events,...

Paris in November: weather, events, tips and what...

October in Paris: Weather, What to Wear, and...

Visiting Paris in August. Weather, what to wear

Visiting Paris in July. Weather, things to do...

Thanks for your tips about Paris.
Does it snow in Paris in September?

Thanks for reading us !
I have never seen snow in Paris in September. This month is the end of summer in France. At late september, the fall starts but temperatures are still mild (about 15 °C, 59° fahrenheit) so it can’t snow.

I know that Paris can be sunny in September… so , is Paris Plage open during early September?

I’m pretty sure Paris Plage closes at the end of August.

Is it okay to wear walking shorts during late of September in Paris? I’ll be visiting Paris from September 22 till 27, 2015 and so excited as it will be my first time. Looking forward for a pleasurable tour de Paris. Can’t wait!

Hi ! It might be too cool to wear a short next week : about 18 degrees C (64 F). You can find a good sélection of tours for automn in Paris in our web site

trainers are a no, no! What are trainers?