home > Things to do in Paris > attractions > Paris Must see: Monuments, Top Attractions to visit in Paris 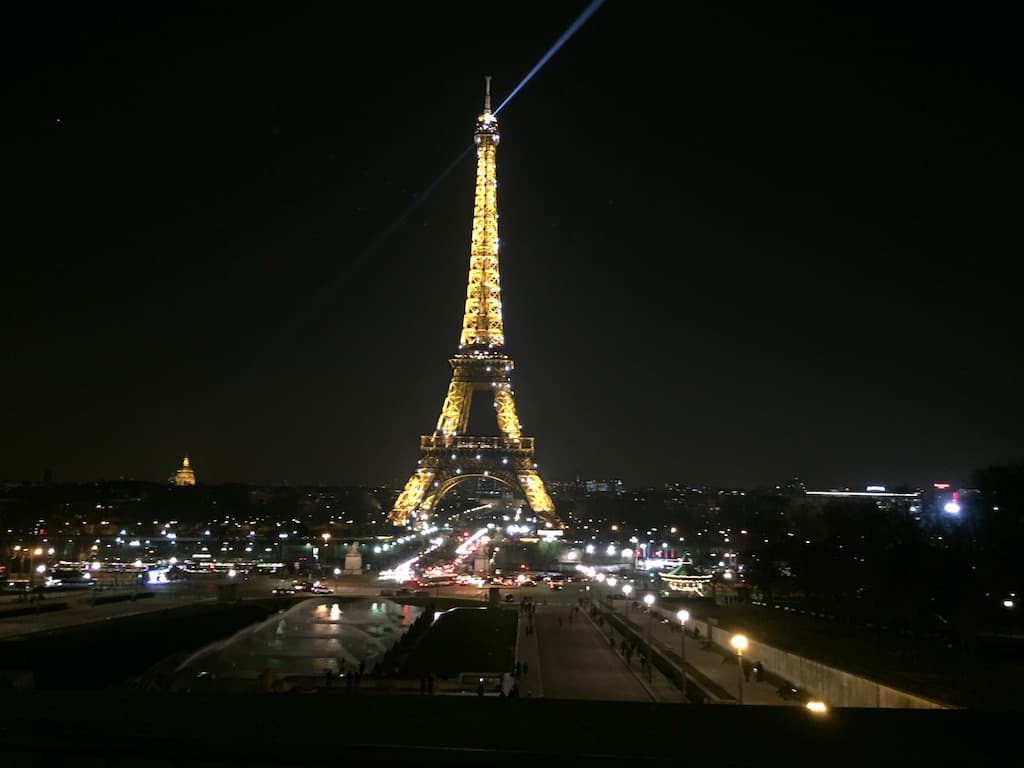 Paris Must see: Monuments, Top Attractions to visit in Paris

Paris is overflowing with magnificent monuments from many eras. Some monuments, like the Eiffel Tower or Notre Dame, are some of the most visited places in the world. Read our selection of attractions you must see in Paris.

Others, like the Luxembourg Palace or the Conciergerie, are less known but are worth a visit. From the Gothic and the Art Déco to the Belle Époque style, we have selected a list the most beautiful Paris monuments to visit.
Find our advice to visit Paris top attractions including prices and opening hours.

The Eiffel Tower will open on mid-July 2021.

It’s the most famous monument in the world. It’s impossible to visit Paris without going to see the Eiffel Tower. You can go up the Eiffel Tower, but you can also have lunch or dinner in one of the two restaurants in the tower. The panoramic view on the top is impressive. Be careful! The climb to the top can be very long on the steps of the great tower.

Read more about the Eiffel Tower.

The Arc de Triomphe is already open. Reservation is required.

This is the location of all French celebrations, from sports victories to national ceremonies.

Built under Napoleon’s direction to celebrate the victories of the French armies, the Arc de Triomphe is an impressive building. You can climb onto the terrace at the top of the arc and appreciate one of the most beautiful views of Paris.

Timetable: from 10AM to 10PM (until 11PM from April to September)

Reserve your online ticket for the Arc de Triomphe.

The Sainte Chapelle is open since May 19.

The illuminated windows of Chapelle are worth a visit. The monument, finished in 1248, is one of the medieval jewels of the capital. Its unique atmosphere is a magnificent setting for classical concerts which are organized there.

Open from 9AM to 5PM (until 6PM from April to October18h)

The Notre Dame cathedral of Paris is the most visited monument of the capital. The construction of this cathedral began in 1160. The religious building was made famous thanks to Victor Hugo and his book ‘’Notre Dame de Paris’’. Don’t miss a climb to the North Tower (payable) to see the Gargoyles up close.

The West facade, the magnificent windows, and the Great Organ are also essential parts of the monument. As Notre Dame is a religious building, the entrance is free. But some parts, like the archaeological crypt or the North Tower, are payable.

Since April 2019, it is not possible to enter inside de Cathedral but you can still admire the architecture from outside.

Not all Parisians agree about the Sacré Cœur. Constructed at the end of the 19th century to make up for the sins of the community, it is considered by some people as a work of bad taste at the top of the Montmartre hill.

However, it welcomes several visitors and offers a magnificent view all over Paris. It’s definitely one of the monuments to visit in Paris during a first visit.

The entrance of the Sacré Cœur is free. And it is clearly a must see in Paris

The Palais Garnier is an architectural jewel from the Second Empire. The construction of the opera of Paris started in 1860. The monument was inaugurated in 1875. The Opera Garnier is indeed visited. You can discover the incredible architecture of the building, the decorations, and paintings which adorn the walls.

>Reserve your online ticket for the Opera Garnier.

Read more about The Opera Garnier

The hotel of Invalides was built in the 17th century to take care of war invalids. This impressive complex also houses the Army museum and the Church of the Dome which contains the tomb of Napoleon the First.

The palace was constructed at the beginning of the 17th century ordered by Marie de Médicis. It is located in the Luxembourg Garden which is considered the most beautiful green space in Paris.

Initially, this was a royal palace during the medieval period before it became a palace of justice. During the revolution, it served as a prison. Marie Antoinette was imprisoned here. Visiting the Conciergerie is, therefore, a trip through the history of France, from the Middle Ages to the Revolution.

Our advice: get the twin ticket which includes a visit of Sainte Chapelle

The Tuilieries Garden, designed by André Le Nôtre, the Garderner of Louis XIV. Parisians like it not only for its trees and flowers but also for its sculpture by Rodin and Maillol. Ideal located in the Center of Paris, close to Le Louvre, Orsay and la Concorde it is a famous meeting place in the French Capital.

The Alexandre III bridge was built for the universal exhibition of 1900 to celebrate the Franco-Russo agreement. It’s one of the most beautiful bridges of the capital. It allows access from Invalides to the Grand Palais before arriving at the Champs Elysées. The quays near the bridge are very lively with barges like the Rosa Bonheur or the Faust bar.

Visiting Paris? Find a selection of activities to do in Paris.

Despite its name, the Pont-Neuf is the oldest bridge of Paris (it was inaugurated in 1607) and it’s also the most famous one. It links the Ile de la Cité with the right and left banks of Paris.

The Palais Royal is an impressive building located opposite the Louvre Museum. It now houses the state council and the French Comedy. It also consists of galleries, a garden and a public square comprising the Buren columns.

The both islands in the centre of Paris are iconic places to see in Paris. The Cité Island, the historical heart of Paris, houses the most central point of th city: the parvis of Notre Dame Cathedral. You can a stroll in the very old streets of the Island, in the Vert Galant Square (one of the most beautifull in Paris).

The Saint Louis Island is less touristic and is very peacefull place. The narrow and calm streets are perfect for a romantic stroll.

The complex of the Trocadéro includes an impressive public square, a garden and the Chaillot Palace (housing the Museum of Man and the Marine Museum). The public square of Trocadéro is one of the most beautiful viewing points of the Eiffel Tower.

Built at the summit of the Sainte-Geneviève mountain in the 5th district, the Pantheon should be a church. Inaugurated in 1789, it became a mausoleum for the revolution where great people of French history are buried.

This is the bridge of Lovers. Over the years, lovers hang locks here to seal their love.

It’s not the most visited monument of Paris but it remains the highest civil medieval tower of the capital. It was built in 1408 by Jean Sans Peur to protect himself after he attacked Louis of Orléans, the brother of the King of France, Charles VI.

Schedule: from 1PM to 6PM (closed Mondays and Tuesdays)

The tower is the only part remaining of the Saint-Jacques church which was destroyed in the revolution (1797). At 57 meters in height, it is loved by tourists and Parisians because of its beautiful plantations and lawns which surround it, and it is one of the most beautiful green area of Paris.

Located in the midst of the Concorde place, the obelisk was offered by the King of Egypt at the beginning of the 19th century. It now adorns this great magnificent collection that constitutes the beginning of the avenue of the Champs Elysée. Other very beautiful buildings include the Louvre, the Orsay Museum, the Pompidou Center and the Little Palace.

Know more about museums to visit in Paris .

Have you visited one of these monuments? Give us your opinion by leaving a comment below.