The Sacré Coeur Basilica (Sacred Heart Basilica) , perched at the very top of the Butte de Montmartre (Montmartre Hill) was built with the goal to fulfill a vow of contrition taken by Parisian Catholics after humiliating defeat of Franco-Prussian War of 1870-71. The construction began in 1873, but the Basilica was not consecrated until 1919. 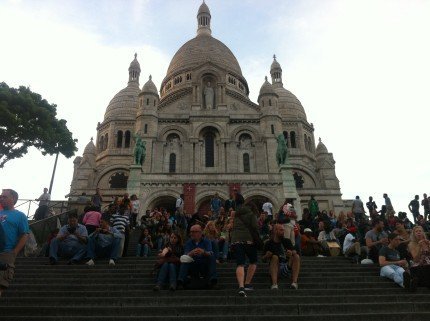 It has become nowadays a symbol of Paris Skyline.

On warm evenings, group of young people gather on the steps below the church to contemplate the beautiful view on Paris, play guitars and sing.

Although the Basilica’s domes are well-loved part of Parisian skyline, the architecture of the rest of the building, which is typical of the style of late 19th Century is not very graceful. Nevertheless, it one of the monuments the most visited in Paris and in  Europe.

A 234-step climb up narrow spiral staircases takes you to the dome, which affords one of the most spectacular panoramas. The chapel-lined crypt is huge but not really interesting.

The central dome is surmounted by a belfry 80 meters above the ground. The belfry holds one of the biggest bells in the world, La Savoyarde, which weights 19 tons.

-the architecture by Paul Abadie

-The panorama from the top of the dome is wonderful 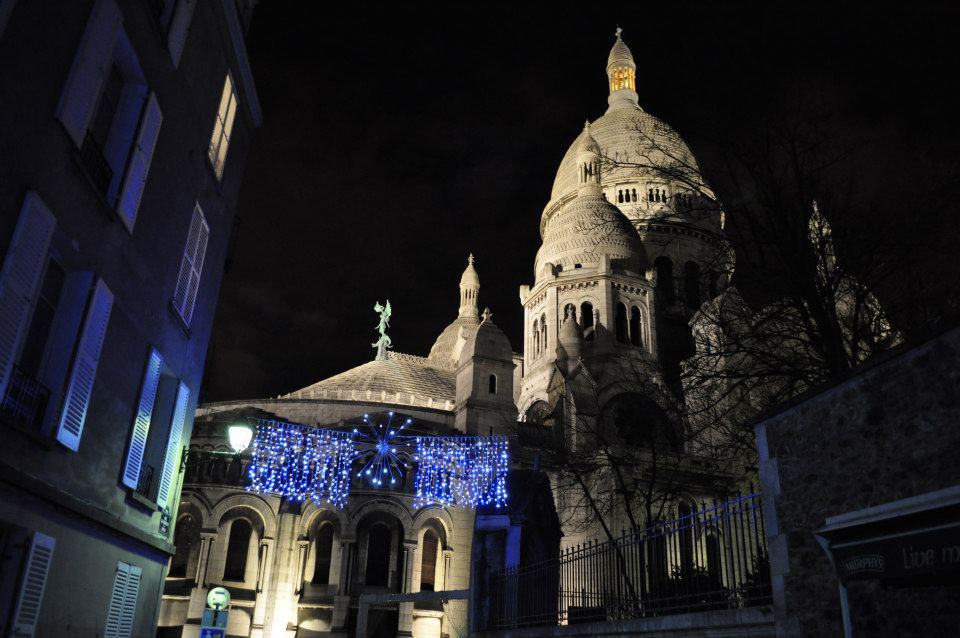 The View from Sacré Coeur 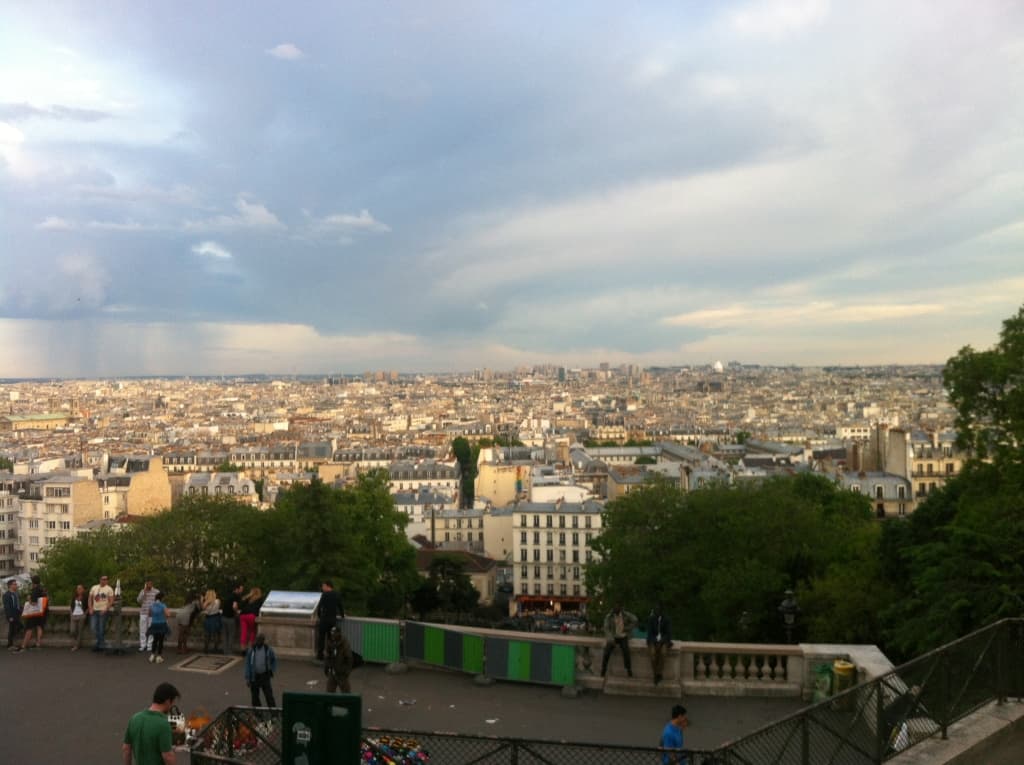 How to get to Sacrée Coeur Basilica