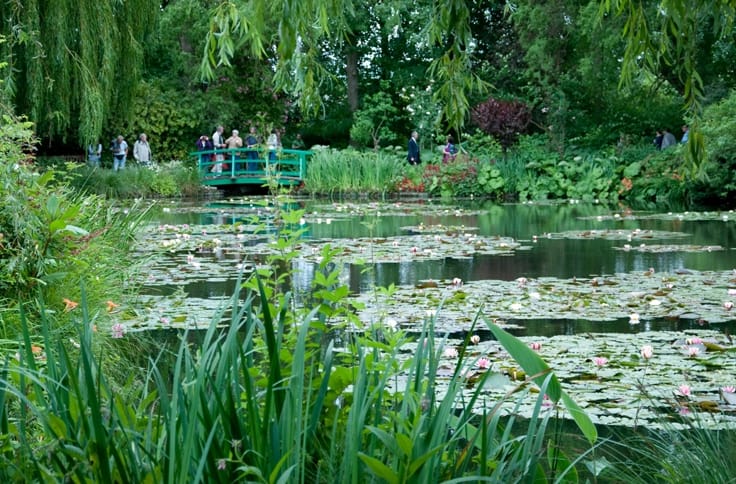 An excursion from Paris to Giverny and Monet’s house is now a must do in Paris Region.

Claude Monet, the master of Impressionism, lived for 43 years in a house with a pink crushed-brick facade surrounded by wonderful gardens. It was all restored and opened to the public many years ago.

Born in 1840, the French impressionist painter Monet, was a brilliant innovator. He excelled in representing the effects of lights at different times of the day. He is mostly known for his series of paintings of the Rouen Cathedral and water lilies.

Leaving Poissy (in Paris suburbs) , Monet came to this town in Normandy in 1883. He took a small railway linking Vetheuil to Vernon, discovering the village at a point where the Epte stream joined the nearby Seine.

Many celebrities came to visit him in his home also called Le Pressoir. Among them Clemenceau, Cézanne, Rodin, Renoir, Degas, and Sisley enjoyed his company and the good cooking.

At the death of Monet in 1926, his son Michel, inherited the house but he left it abandoned until it decayed in ruins. The gardens almost became a jungle inhabited by river rats. In 1966 Michel Monet died, leaving the house to the Beaux Arts Academy. 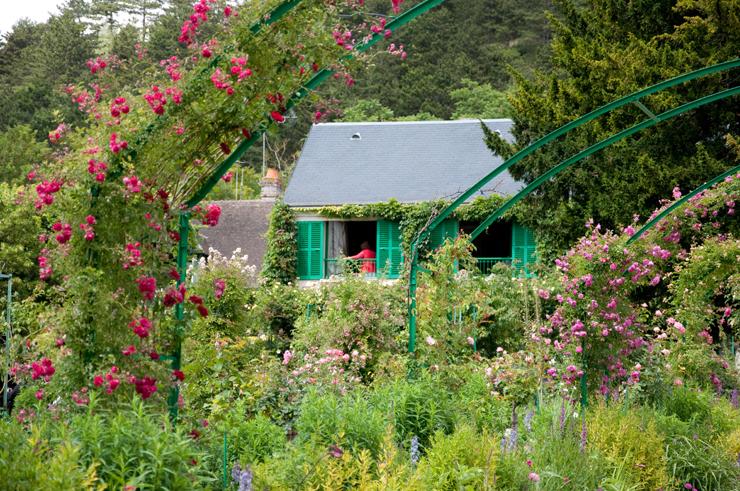 Monet’s House seen from its garden at Giverny

It wasn’t until 1977 that Gerald Van der Kamp, who restored Versailles, decided to work on Giverny. It was mostly restored with gifts from American benefactors, especially Mrs. Lila Acheson Wallace, head of Reader’s Digest, who contributed of $1 million.

Monet’s house and garden at Giverny

Guests can stroll through the garden with its thousands of flowers, including the nympheas. You cross a Japanese bridge hung with wisteria to a dreamy setting of weeping willows and rhododendrons. Monet’s studio barge was installed on the pond.

How to get in Giverny from Paris

You can use a car taking the Autoroute A13 toward Rouen.

You can do a simple tour or opt for a combo with other famous excursions like Versailles on DDay beaches.

Another interesting package is the impressionism road tour.

The Louvre, the museum the most visited in the world in 2014

Palace of Versailles: tips, hours, price, how to...

I was in Giverny during last May, it was wonderful. The gardens of Monet’s house are amazing with its thousands of flowers . The colors are beautiful and the region is unique. Of course don’t miss the Monet’s museum. It’s a very good idea to visit the city on spring or summer as its the period when there are the most of flowers

Thanks Marie for reading us, Of course on spring and summers make the gardens amazing. But Giverny in autumn can also be very romantic with autumnal colors. On Winter, if it snows the gardens and Monet’s house can be wonderful

I visited Giverny two years ago, it was wonderful. Monet’s house and its garden are very beautyful.
Don’t miss the museum whhich is very interesting for impressionism lovers with wany works by the master.
Of Course visit the village, it’s very charming .
For impressionism lovers you can also visit Auvers-sur-Oise and Barbizon near Fontainebleau