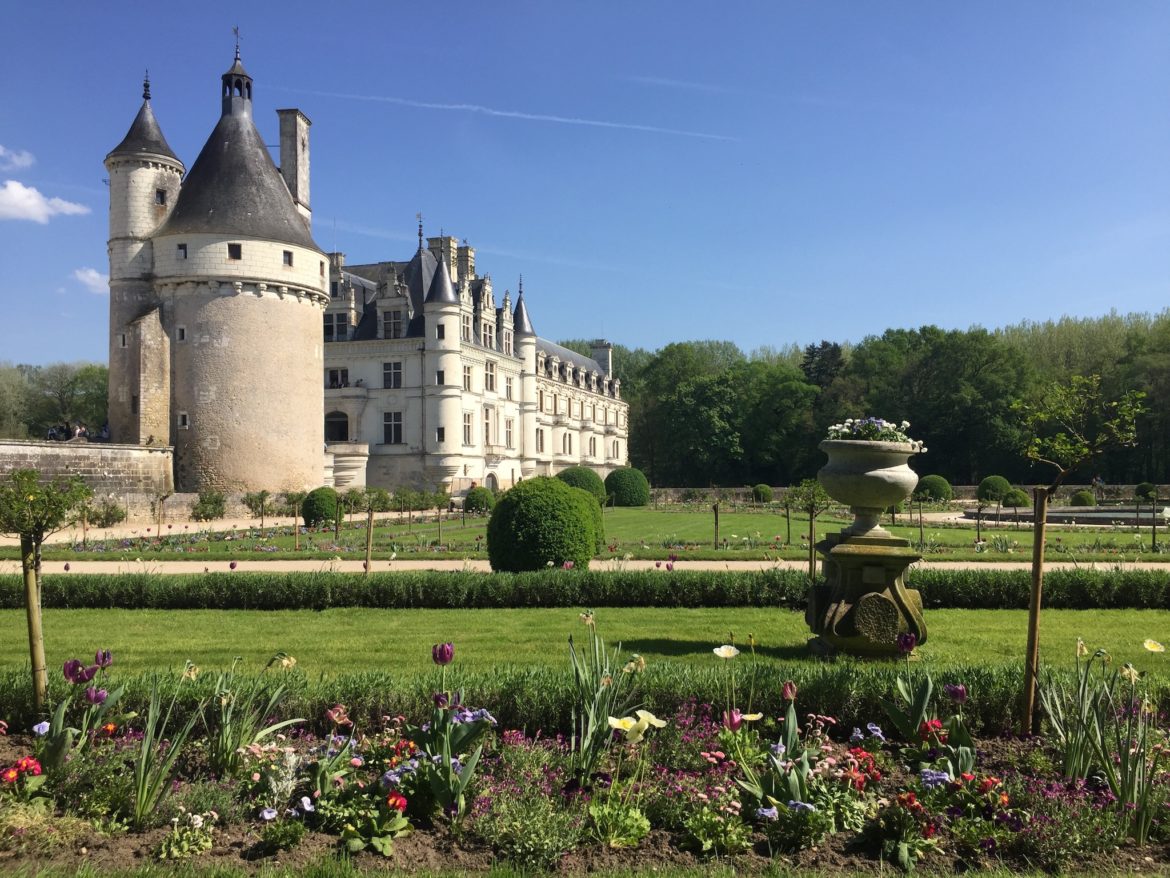 Looking for a day-trip from Paris? You have many options when it come to excursions around Paris. We have selected many spots to visit not to far from the French capital, by car or by train.

Ile de France was formed around 1100 during the expansion of the kingdom of France. It is surrounded by 4 rivers: The Aube, the Oise the Marne and the Seine. The numerous forests, Chateaux (castles) and neighboring countrysides (Giverny, Auvers sur Oise, Barbizon) inspired many great artists like Monet and Van Gogh. It offers beautiful landscape for a one day excursion .

Nowadays it’s very appreciated for outdoor activities like hiking, cycling or even horse riding. This craze is mostly due to the region’s spectacular sights along with the excellent rail and road network.

Here is our selection of Excursions from Paris. Arty, romantic, natural or even charged of History, we can recommend you something that will meet your expectations.

You’ll only need one hour (maximum) to reach any of those landmarks.

Versailles, a prosperous and leafy suburb of Paris, is  famous for hosting the grandest Château of France. The castle served as the Kingdom’s political capital and as the seat of the royal Court between 1682 and 1789.

More than 4 millions people visit the Château de Versailles each year in order to enjoy its wonderful garden and its multiple Art Exhibits.

The impressive Château, its Galerie des Glaces, the garden, the Trianons, the Hameau de la Reine are all must see in the area.

20 minutes from Paris by train (RER C) – One day is enough to explore this magnificent complex.

The charming town of Fontainebleau, easily accessible from Paris (65 km south), is famous for its elegant Renaissance Château.

This place is certainly one of the most extended royal residence. The splendid furnishings make it worth a visit. It’s much less crowed and pressured than Versailles.

The town is  surrounded by a Forest known to be a favorite hunting ground of a long line of French kings. This forest is now appreciated for hiking and climbing. The Fôret de Fontainebleau also houses picturesque villages like Barbizon and Moret sur Loing which inspired painters like Monet, Renoir and Millet (who created the Barbizon school of painting).

45 min from Paris by car, 30 min by train (Gare de Lyon)- A day-trip is necessary to discover Fontainebleau from Paris

More about a day-trip to Fontainebleau

Just before Fontainebleau (north of the Forest), the Château de Vaux-Le-Vicomte is one of the most beautiful château in Paris area. It is known to have inspired the Château de Versailles.

It was built by Nicolas Bouquet, Louis XIV’s minister of finance. After showing its wonderful property to his king during a banquet, Fouquet was accused corruption and brought to trial. Louis XIV hired then the same artists and architects to build the Château de Versailles.

Claude Monet lived in Giverny, in a beautiful house surrounded by wonderful gardens, for 43 years. Many great guests, such as  Cezanne, Renoir or Sisley, visited Monet in his house (named Le  Pressoir).

If you decide to make the trip, make sure to enjoy the wonderful gardens with its thousand of flowers (including Nympheas) and to explore the Monet’s studio barge installed on the pond along with the museum (full of the artist works).

1 hour from Paris by car, 45 min by train (Gare St Lazare) to station Vernon then take a bus to Giverny

Auvers sur Oise is a charming village located 30km north west of Paris and it’s also worth a trip.

Vincent Van Gogh lived there for many years. He produced 70% of his working this small town.

It also inspired other impressionism masters like Pissarro and Cézanne.

Don’t miss the Musée Daubigny, the Chateau,  the Church, the Auberge Ravoux and the Doctor Gachet’s House.

50 min from Paris by car, 30 min by train (Gare St Lazare) – A good idea for a short excursion. Many Companies offer combined Impressionism tour with Giverny

Feudal Provins, the City of Roses, lies about 50 miles southeast of Paris. It is one of the most interesting touristic destination in the Ile de France .

Having a walk through its medieval streets is like going back in time to a medieval France.

Explore this surprising city (powerful in the Middle Ages) with its upper town situated on a promontory and the lower town crossed by two rivers, its towers, its ramparts…

It’s an excursion very appreciated by Parisians but less known by foreign tourists.

Best Excursions outside the Paris Region

Those trips will take you outside the Ile-de-France. It should take you between one and two hours to reach those spots (from Paris) but they are really worth a trip if you want to discover the richness of France’s History and Culture.

Normandy has been a very appreciated region for may centuries. It’s mostly due to its wonderful countrysides and landscapes.

Le Havre, Rouen (and its Cathedral), Etretat, Pont-L’Eveque, Honfleur, Deauville Beach are all parts of Normandie.

Normandy has inspired many artists like Monet, and Millet.

Nowadays, many British and American tourists come to Normandy in order to explore the D-Day Beaches.

About 2 hours from Paris by car (depending on your destination) – be aware of traffic congestion on your way back to Paris – Special tours are organized to discover the region.

Many cities like Rouen, Deauville or Pont L’Eveque are easily accessible by train (between 1h and 2 h)

Many Parisians enjoy a day excursion to Normandy Beaches during summer.

Book a D-Day Beaches excursion from Paris there.

Day trip to The Cathedral of Chartres

The Cathedral of Chartres was built in the 13th century. Two soaring spires (Gothic one and a Romanesque one) crown the magnificent monument.

It rises from the rich farmland 90km south west of Paris and dominates the medieval town around its base.

It’s France best preserved medieval cathedral as it survived both post-medieval modifications along with the ravages of the wars and revolutions. The cathedral houses many relics like the Holy Chemise and has benne attracting pilgrims for many centuries.

An outing to the Loire Valley is more than an excursion, it’s a real discovery.

Bordered by many vineyards, the winding Loire Valley castle cuts through the soft contours of the landscape.

Most castles were built during the French Renaissance and inspired by Italian flowering. The most famous one, the Château de Chambord, was built for François 1er and designed by Italian architects including Leonardo Da Vinci who was living in the Château d’Amboise.

Between 1,30 and 2,30 hours from Paris by car (depending on your destination), between 1 hour and 2 hour by train – Ideal for a two days-trip.

Disneyland is a very well-known amusement park located 32 km east of Paris. It inaugurated in 1992 after 5 years of building.

It has been extended many times and a Walt Disney Studio Park has been added to this amusement complex.

Disneyland is the most visited spot in Europe. Around 15 millions people enjoy the park every year.

45min from Paris by car, 30 min by train – many excursions are available. You can spend the night in the park.

The Parc Asterix is local alternative to the cultural incursions of the Euro-Disney resort.

It is very appreciated by Parisians (and by French people in general).

You can enjoy many famous rides such as Tonnerre de Zeus, Menhir Express, Grand splash…

15 luxury hotels in Paris: how to choose 5 stars hotels

Where to stay in Paris: neighborhoods, hotels or rentals

Palace of Versailles: tips, hours, price, how to...

Hello we are visiting Paris in early May. Those excursions are they available at this Time? Do you recommand us Giverny or is it better in July?

May is one of the best months for a trip to Giverny. Monet´s garden are then wonderful

What is the best place a round Paris for hiking?

Manu places are liked by hikers like fontainebleau Forest or rambouillet. You can also rtt the Loire Valley where the nature is very beautiful

I have visited Provins. It’s a very surprising city. I really recommend you this small town it’s only 1h30 Est Paris.

we also recommend Provins, It’s not the most visited spot by tourist but it is very appreciated by Parisians