Germany, England, Italy where to watch Euro 2016 in Paris France

You are in Paris during the UEFA football Euro 2016, and you want to support your favorite team? We have selected best bars to watch , Germany, USA, Italy and Netherlands match. 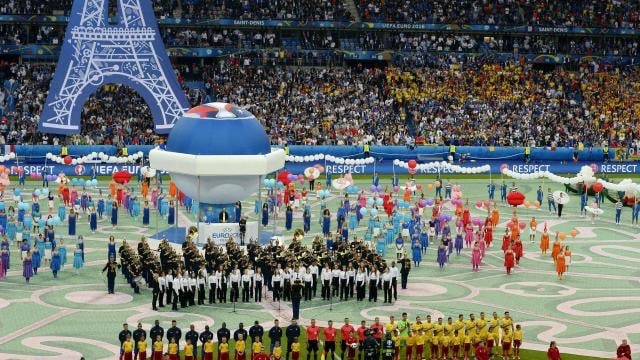 Firstly You can see all France,  Germany, England, Galle matchs in Fan zones . One is installed at Champ de Mars gardens near the Eiffel Tower. Metro Champs de Mars (RERC), Or Trocadéro (line 6)

Be there in advance to have a place.

Le Players is one of the largest pubs in the capital. He has nearly 30 screens spread over 3 floors. Sports venue par excellence, you will meet fans of all nationalities.

A little Brazil in the middle of the Seine river. You can see all world cup matchs in this river boat with Brazilian ambiance.

American and fan of Soccer in Paris? American Bars where to watch soccer

Bars where to support Germany

Go to the café Titon, in the 11th district of Paris (Bastille) . Just close,you can also find the Udo Bar, which is a little smaller than its colleague. But there, the barman promises a general tour of Jägermaister ” if the Germans play well “.

Where to see England team during Euro 2016

Many screens, good fans of its majesty, a pint, and the tour is played: you are in the country of ” kick and rush “, in the cop, behind the purposes, and you get up in the first note of the national anthem “God Save The Queen”

The frog and rosbif.

Of course you can find every kind of english beer but also a very good ambiance.

The Frog & Princess,
A typical english pub in the touristic district of Saint Germain des près.

Where to support Italy

Since its inauguration in 2008, Andrea, the boss of the Bambolina Caffé, with a the delicious singing accent, knew how to make of this small trattoria , the favorite address of tifosi. When we know the Italian capacity to raise itself until the final phases of this big competition, we know that we shall eventually go to make it a tour!

You know another place in Paris where to support your favorite team?

Brazil, Mexico, Argentina, where to watch Worldcup in Paris

Brazil, Mexico, Argentina, where to watch Worldcup in...