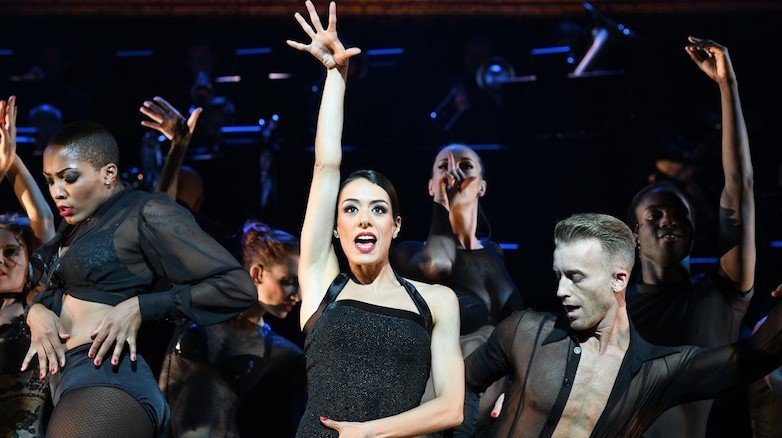 The 2020 musical scene in Paris is looking exciting. Chicago, Mamma Mia… there are certainly some extravagant shows planned for this year. Check out the guide about musicals in Paris in 2019 below!

This musical is an adaptation of the famous movie with Demi Moore and Patrick Swayze. Created in 2011, the show was very successful in England and was exported to North America. The French version arrives at the Mogador theater in 2020.

The Marigny theater guets you to discover Funny Girl, the famous musical that revealed Barbra Streisand.

This legendary Broadway show was created in 1964 . It achieved, then, enormous success in cinema. Titles like ‘People’ or ‘Don’t Rain on My Parade’ became big hits.

The French adaptation is more than successful.

This Broadway show created in 1975, has arrived in Paris and to say that the French adaptation has been a success, would be an understatement… The impressive cast and amazing choreography will make you want to get up and dance along to the shows musical hits. Watching the show in the legendary ‘théâtre Mogador’ will be, without doubt, an unforgettable experience.

>> Reserve your ticket for Chicago

One of the biggest successes on the New York theater scene is coming to Paris. Following the large success of the book, by the American writer Damon Runyon, and with the musical being so popular, this led to a film production with Frank Sinatra. This film contributed to making Guys and Dolls a worldwide success. This iconic Broadway show, launching itself in France for the first time, was a risky gamble, but a gamble that definitely paid off.

The theater ‘Les Folies Bergères’ is hosting this eccentric show, written by Jean Paul Gauthier himself. This mix between a cabaret and a musical, transports you to another universe and really gives you an insight into the directors creativity.

This musical is an adaptation of the film starring Demi Moore and Patrick Swayze. Created in 2011, the show has been a huge success in England which led to its launch in the United States. The French version is coming soon to the ‘théâtre Mogador’.

Fame– at the Paris casino- 27th September to 3rd November

Stuck for things to do in Paris when it rains? A guide to rainy Paris!