Airport Paris -Charles de Gaulle is the most important airport in France and second one in Europe. Over 170 airlines serve many destinations in the world from CDG airport.

Getting in Paris from Charles de Gaulle Airport

You can go to Paris from Charles de Gaulle airport by car, RER , taxi and bus.

By car: The airport is located 25 km north of Paris . Take the A1 via Porte la Chapelle or A3 via Porte de Bagnolet in the direction of Paris .

By RER : You can take the RER -B every 15 minutes. Allow about 30 minutes for the journey from Paris Gare du Nord .

find a sum up of way to get in Paris

The most comfortable way to  get in Paris Center from Charles Gaulle Airport is the Taxi – €50 -60(for about 40 mins).

To save money for your transfer  in the center try the RER-B (rail link to Paris), it’s less expensive  and direct to Paris Center (Gare de Nord, Chatelet, St Michel…Stations) and it takes about 30 mins.

The duration of a direct flight is about 8 hours. Between New York and Paris , there is a time difference of 6 hours ( UTC -04 ) .

The price of airline tickets to Paris from New York change depending on the peridode in the  year . The most expensive to travel to Paris are summer months, june and the holiday season  . To enjoy the most competitive rates, try to book your flight at least 6-8 weeks in advance .

To facilitate your leaving from the airport , please find below the map of the Paris- Charles de Gaulle map. Click on the image bellow to enlarge it. 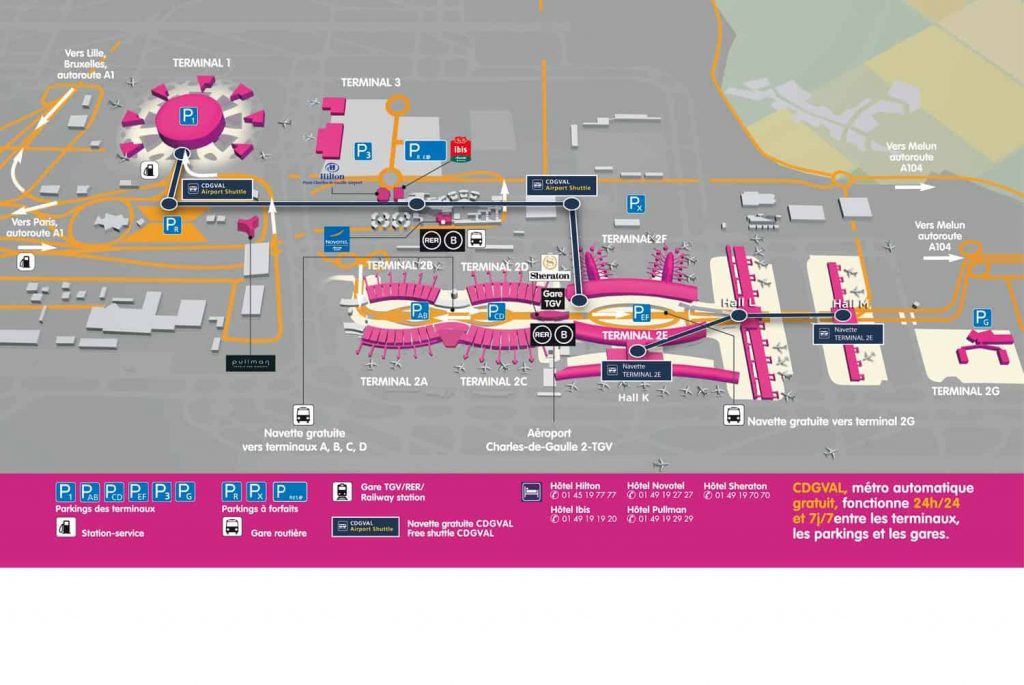