home > Travel to Paris > hotels > Where to stay in Paris: neighborhoods, hotels or rentals 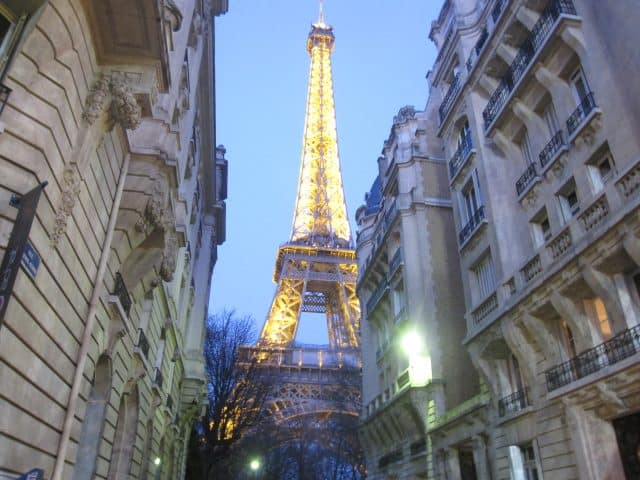 Where to stay in Paris: neighborhoods, hotels or rentals

There are so many neighborhoods to visit in the capital that you will be spoiled for choice when looking for a place to stay in Paris. Would you like to know where to stay in Paris in 2022? Which district is the best to sleep in, in Paris? Here are seven districts that could be of interest and a selection of hotels in Paris by district.

Here, you can find all our tips for accommodation in the french capital and find the hotel or apartment that suits you best.

At the beginning of this year, with the decrease in international tourists, prices have gone down. This is the moment to take full advantage.

Hotels to stay in within the Latin District

Just next to the île de la Cité and the Notre-Dame Cathedral of Paris, you will find the latin district, known for its numerous historical monuments, like the Arènes de Lutèce. Known for its universities like the Sorbonne, present since the medieval ages, and Jussieu, the culturally-rich district.

In this district, you can also find the Institut du Monde Arabe as well as the Jardin du Luxembourg, perfect for a stroll. Additionally, there are diverse little shops and good cheap restaurants especially on the side of the rue Mouffetard and the place Monge.

When it comes to Hotel Monge, it is rather classic with a very rich decoration.

Hotel Baume has modern and appeasing rooms, perfect after a long day of strolling through history.

Where to Stay in the Montmartre District

The chosen district for strolls through its narrow streets, Montmartre is the right place to rest up on a terrace with a coffee. In this district, there exists a genuine village-like atmosphere with its artists and theaters. The influx of international tourists was much less this year, which will allow you to surely stay in an enjoyable apartment or hotel in Montmartre.

At its top, Sacré Coeur is accessible by foot or with the elevator. At its feet, lies the Pigalle district where you can find the Moulin Rouge cabaret and many theater halls. In this district, you’ll find good establishments located in quiet streets and near good restaurants on the hill. We have therefore selected several hotels in this district.

Hotel des Arts presents itself as a shimmering building, located in a very green street.

Hotel le Chat Noir offers a cosy atmosphere with a beautiful view on the roofs of Montmartre.

If you like cobblestones, head to Hotel du Beaumont which also has high-ceilings.

Lastly, Hotel le Pigalle is located near the metro station and Moulin Rouge. The room décors neo-classical style will surprise you.

Eiffel Tower and the 16th district: The Motte-Picquet Grenelle District

The 16th district, one of the biggest of the capital, offer loads of possibilities for a quiet stay in beautiful apartments and hotels.

The Motte-Picquet Grenelle district benefits from its location as it’s near the Eiffel Tower and near many other attractions like the Musée d’Orsay and the Invalides. Many shops are also located there, in a beautiful area.

Still in the 16th district, the Passy neighborhood, on the other side of the Seine is a little more bourgeois with many beautiful stone buildings.

Hotel de la Motte Picquet is a typically Parisian building with a variety of services that will ensure a comfortable stay.

Regarding the hotel Arès Eiffel, it has a beautiful view of the Eiffel Tower and the Haussmannian buildings and tastefully decorated rooms.

Hotel Saphir has a modern style, while still maintain some warmth, offers small and bright rooms.

The same goes for Hotel Passy Eifel, where you can enjoy breakfast on the balcony with a view of the Eiffel Tower.

Where to Stay in the Marais and in the Halles

It is completely possible to stay in Marais without having to break the bank. This remains a historic district of Paris. Very rich, it dates back to the Middle-Ages, and has very winding and narrow streets. You can visit the centre of Pompidou, the house of Victor Huge or even the Halles district.

Hotel du Vieux Marais is rather simple for the district but remains chic, and can be found near the centre of Pompidou.

Hotel Caron de Beaumarchais dates back to the 18th century. It is a picturesque hotel with private balconies.

Have a look on our selection of best hotels in Paris in a budget.

Hotels in the 13th district and the Butte-Aux-Cailles District

With its paved streets and its village-like feeling, the Butte-aux-Cailles has everything to please young adults and families. Its geographical location allows you to move around everywhere in the capital, especially due to the metro connection. You will visit the Chinese district in the presence of exotic shops and a large shopping centre at Place d’Italie.

It’s also a perfect district to sleep in Paris because it offers many quality accommodations within an enjoyable setting with affordable prices.

Additionally, it is very lively due to the student life and has many restaurants.

Hotel Verlaine is a real family-owned establishment, not far from the paved streets of the district, allowing for a lovely stroll.

For a beautiful view of the Butte-aux-Cailles, then Hotel Saint Charles is the only option, with its subdued rooms.

Hotel B55 Butte-aux-Cailles – Parc Montsouris is a very comfortable building with various features and an indoor pool.

The 11th district is one of the most popular districts according to booking providers among visitors. Indeed, it is very appreciated by tourists wishing to stay where Parisians live to enjoy that authentic neighborhood-life.

The 11th district benefits from being very close to the center of the capital without attracting waves of tourists. The prices are therefore also lesser than in other areas.

The area around the Saint Martin Canal is very peaceful and ideal for a shopping trip off the beaten track.

Hotel la Nouvelle République offers a vintage and chic décor between the popular Belleville and the place de la République.

Le Mareuil has one of the best value for money ratios, located in a calm street between the place de République and the Saint Martin canal.

Saint-Ouen is on a roll these days. This city in the inner suburbs is well-liked due to its proximity to Paris and for its lively neighborhood life. The Flea Market in Saint-Ouen, largest in Europe, is also very popular with American tourists.

The arrival of the fully-automated metro line 14 in the summer of 2020, has further boosted the appeal of this area. Most of the city’s central districts can be reached in about 15 minutes.

The accommodation prices remain attractive even if they’ve increased the last while.

The Mob Hotel located near the Puces district has become a reference point for ethical accommodation. The establishment wishes to become more than just a hotel, but rather a true place of life with restaurants, co-working space, meditation rooms, and a courtyard.

The Eiffel Tower: opening hours, prices, ticket how to visit