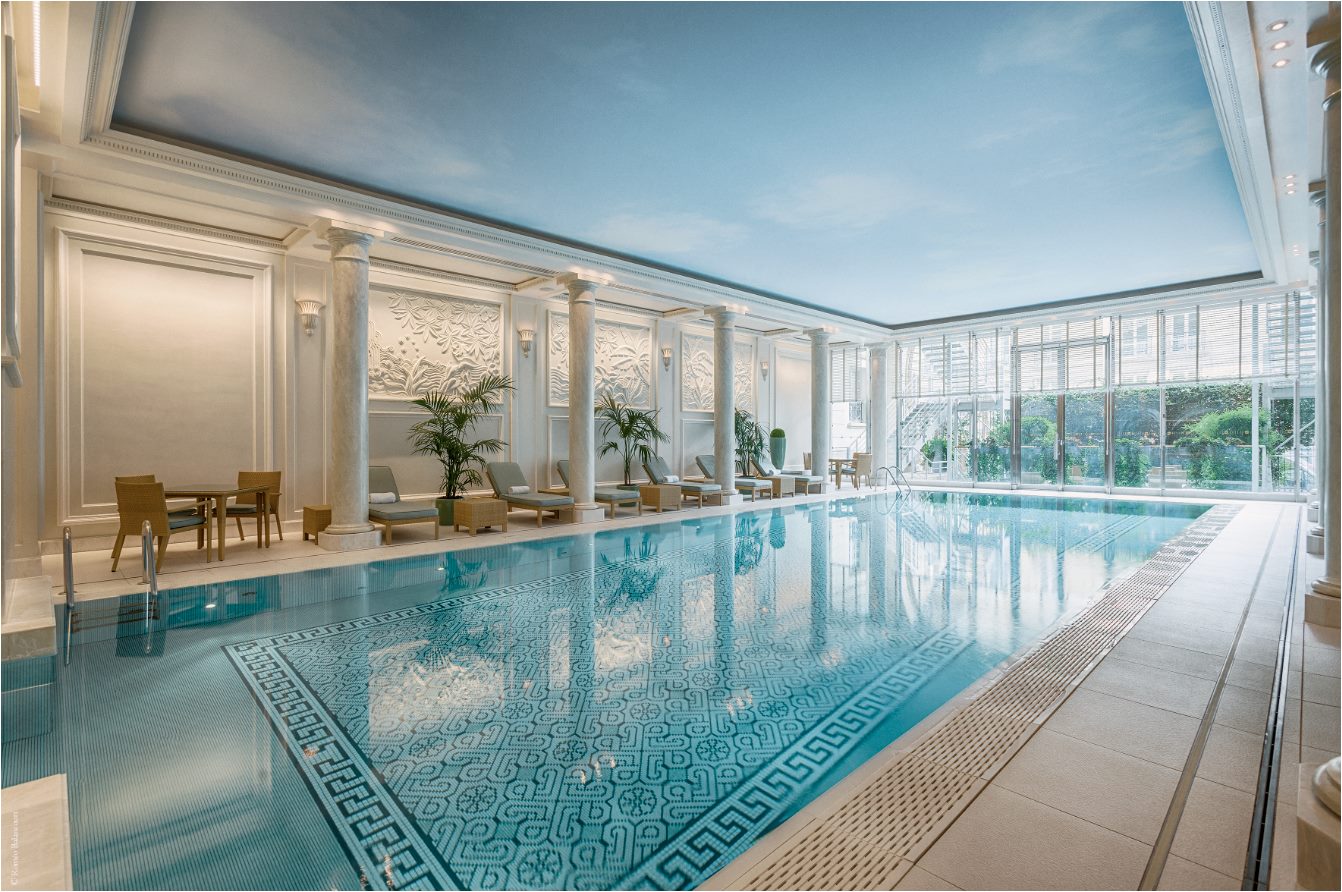 When you visit Paris, you’re probably going to feel like it’s a treat no matter where you’re staying. But will be certain at your best in a Luxury Spa Hotel in Paris.

From the humblest hostel or inn on the outskirts, to the most opulent five-star hotel, you still get to enjoy the fact that you’re in one of the prettiest, most beloved, and most romantic cities on Earth. That said, it can’t hurt to look for a little bit of extra comfort as well!

As it happens, Paris is actually flush with nice hotels that have their own spas. They’re available at a range of prices all over the city, such that you can really take some time to look through options and find a spa hotel that perfectly suits your preferences. To get you started, we’ve put together a variety of options in different parts of the city, with different perks to their facilities and surroundings.

We just mentioned surroundings, and at first glance the close proximity of this particular hotel to the Invalides is a legitimate draw. Strictly speaking. The Invalides is a cluster of old, pretty buildings, but it also refers loosely to a park stretched out before these buildings, and a whole area in which there’s lots to do as a tourist. It’s not a bad back yard, so to speak, to have alongside your hotel while you’re in town. Le Narcisse Blanc Hotel & Spa, is a fairly high-end, mansion-style luxury hotel. The hotel calls its spa, complete with jacuzzi’s, pool, fitness, massage cabins, and more, one of the most pleasant in Paris, and it can actually back up the claim.

It’s becoming the case that no matter where you might be staying in the world, if there’s a Mandarin Oriental hotel there, it’s probably going to be one of the nicest places you can stay. In a way, the chain has perhaps overtaken the Ritz in this regard (which is not to say there aren’t incredible Ritz venues all around the world, still). These hotels are also well-known for their spas, and in this case it’s one of the largest and most impressive facilities in Paris. The hotel’s website refers to the spa as “a sanctuary for the senses,” and describes a journey through an oasis of well-being. It’s somewhat hyperbolic, but by no means inaccurate regarding a truly world-class spa.

This is a slightly more casual option, but an interesting one if you want to combine your stay with access to some of the gaming facilities that occasionally appear in spa resorts abroad. As for the hotel, it’s a very distinct one with its own chic yet slightly odd style, and it has lovely spa and fitness facilities in house, including a variety of massage treatments. Altogether, between a slightly lower price tag, a nice hotel, easy casino access, and the spa, it’s a nice choice for an indulgent stay.

This hotel makes the list for one reason above all others: more than half of its 101 rooms come with the Eiffel Tower in sight. Some of the views are from private terraces, some are from windows, and some are even visible from bathtubs. The hotel is, as you might expect, a very expensive one and a legitimate five-star facility, but it’s earned the distinction beyond its views, with Michelin-starred restaurants, a beautiful design, and a history as one of the private residences of Napoleon Bonaparte himself. You can’t beat all of that very easily, so it’s almost a bonus that the hotel has its own spa (called Chi), which has a naturally lit, elegant pool, beautiful massage rooms, and even its own outdoor courtyard.

It just wouldn’t do not to list a hotel on Champs Elysées and in close proximity to the Arc de Triomphe. Even better, the Majestic Hotel is actually somewhat affordable, if not exactly cheap. It’s a beautiful, traditional hotel, fancy enough that one might assume a room would cost some $500 a night when it can actually be closer to $200. The location can’t be beat, and the spa may just be the prettiest one on this entire list.

Read also : our selection for luxury hotels in Paris

Paris in March. Weather, What to wear and Do

Where to stay in Paris: neighborhoods, hotels or...