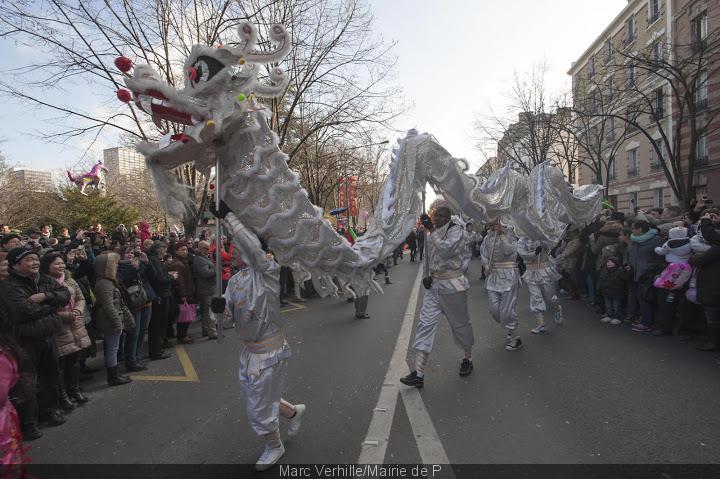 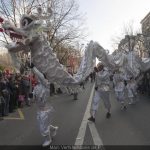 Chinese new year, named year of the Red fire chicken , begins on the  16th of  January 2018. Tet and Chinese New Year  Celebrations in Paris occur the the last weekend of January and the first weekend of February.

They are very appreciated by Parisian and tourists, they gather about 200 000 people. Don’t miss Paris Chinatown during this period. The great Parade in the 13rd arrondissement will take place on Sunday February, 18 , 2018 (to be confirmed).

This parade organized in the 3rd and 4th arrondissements is certainly the most spectacular and the most inevitable of all.During the parade, done on the occasion of Chinese New Year celebrations, many Dragons and Lions will be dancing and many costumes will amaze you. 17th February 2018.

The City will propose a  Chinese Cutlture Week for this occasion

From 3am, performances will be celebrate (dance, martial arts …) at the metro Belleville .

The 13th arrondissement of Paris offers each year the most legendary parade in the most famous Chinese district in Paris. Onlookers that day are numerous and even if it is sometimes hard to carve out a place to watch the spectacle, the atmosphere amazing. Thousands of people admire the wonderful Parade with dragons, tigers, Chinese traditional clothes.

Paris in January, things to do, weather, sales

Paris in February, weather,  things to do