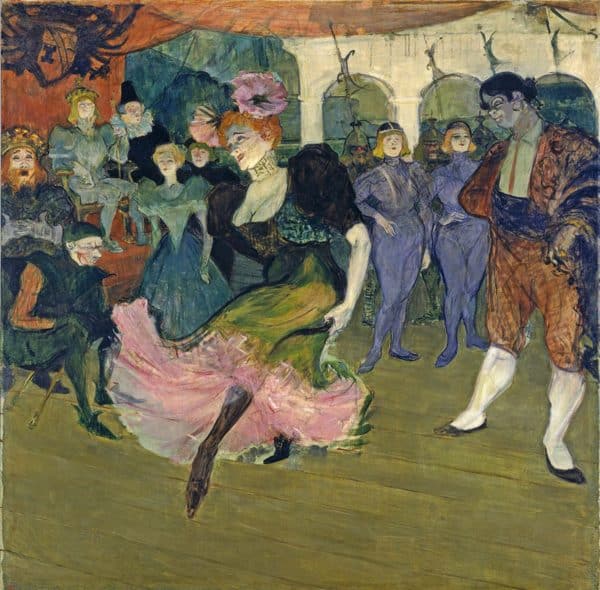 Find a selection of major art exhibitions in Paris for 2015 season . This year Parisian museums have again prepared a very nice program to amaze us.

The Jacquemard-André museum dedicates a special exhibition to one of the masters of the Renaissance in Italy, Pietro Vannucci ( 1450-1523 ), nicknamed Perugino. The painter is presented as one of teachers of Raphaël. About fifty works will be presented and placed in the context of the Italian Renaissance from Rome to  Florence and Perugia

History of medieval Morocco is told at the Louvre Museum, in a new exhibition that reveals the supremacy of the Empire of Morocco, whose political and diplomatic area included a part of the West through Andalusia. The works presented in the Hall Napoleon refer to this rich period of Moroccan History, the source of its modernity in the fields of architectural decoration, textiles, and calligraphy . 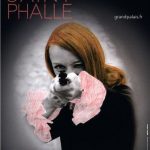 It is the first green exhibition dedicated to the French-American artist for 20 years.

The Grand Palais, in partnership with Guggenheim Museum of Bilbao, proposes a retrospective dedicated to the one who was engraver, sculptor and the only woman who has to be a member of the group of New realists

More than 500 works of Katsushika Hokusai, draftsman, painter and Japanese engraver are presented to the Grand Palais from October 1st till January 18th.

The exhibition “Les Mayas, un monde sans fin” will be dedicated to this civilization which lasted several millennium (2600 BC till 1520). About 400 works and masterpieces allowing us to understand the variety of their  cultures and the very extended geographical area of this civilization.

The Centre Pompidou welcomes Jeff Koons’ creation  for an exceptional retrospective; for thirty-five years, the artist has proposed sculptures inspired by the Pop Art Culture . In a chronological order,the work of Koons will be shown  from 1979 to his last sculptures, the exhibition will deals with art history!

an exhibit devoted to the Emperor Napoleon and the life in Paris during its reign. the change of the society and the evolution of the City. Paris was at this time the capital of a great empire.

Nicolas Poussin the greatest French painter of the XVII century was the master of the Classicism. The exhibits at the Louvre museum shows his work was inspired by the religion.

Discover at the City Hall of Paris many photographies of Paris taken by photographer and journalists of this famous agency. Many events of history of Paris are exposed thanks to the work Magnum’s Photographers.

This exhibit devoted to David Bowie in the new Philarmonie is one of the most important art event in Paris in 2015. Many works about the artist will be exposed like movies, photos, video clips …an audio video experience to understand the environment of the David Bowie

The Pompidou Center (Modern Art Musem) unveils first major retrospective of the French photographer, ten years after his death, more than 350 papers – prints, films and personal archives – the museum offers a comprehensive reading of Cartier-Bresson’s works, considered « the eye the century. « Through a well-chosen stage design, exhibition at the Centre Pompidou highlights the artist’s political commitment and his eyes on twentieth century major societal changes .

The Marmottan Museum celebrates its 80th anniversary in 2014: the establishment, being now the mecca of Impressionism in Paris, is aware of bequests and donations importance in his collection. Also, for the year’s first show, the museum brings together a hundred Impressionism masterpieces , kept in private collections : Pierre-Auguste Renoir, Camille Pissarro, Eugène Boudin’s worlds are presented in a chronological way, which allows us to retrieve the Parisian atmosphere of the early century.

Since 2007, Monumenta has been inviting an artist with a international stature to confront the Nave of the Grand Palais, a large glass of 13,500 m2 and 35 meters high. Anselm Kiefer, Richard Serra, Christian Boltanski, Anish Kapoor and Daniel Buren have succeeded for this challenge.

For the sixth edition, Ilya and Emilia Kabakov, Russian-born artists, offer to the public to get lost in the maze of a utopian city, The Strange City.

This event is organized by the Réunion des Musées Nationaux – Grand Palace in association with the Multimedia Art Museum in Moscow.

Robert Mapplethorpe one of the most iconic American photographers of the second half of the 20th century have an exhibition at the Grand Palais with 250 original prints.

To celebrate the two thousandth anniversary of Augustus death, the Grand Palais opens its doors to the exhibition I, Augustus, Emperor of Rome.

This exhibition deals with the lives of Augustus, the first Roman emperor : a selection of statues , frescoes and reconstructions of works , it plunges back into the Roman empire that Augustus, great-nephew of Julius Caesar , was able to rebuild after decades of civil war. The exhibition allows us to better understand the adage that says that Augustus found Rome made of brick and left it made of marble, after forty years of reign.

The Maillol Museum reveals the jewels of San Gennaro – Saint Januarius – for this amazing exhibition: these gems, treasured for over five centuries by the Neapolitans are the symbol of the unbreakable bond that link San Gennaro to Neapolitans, who is supposed to protect them against Vesuvius. Thus, we can find ornaments, paintings, busts and relics which have been offered during centuries the Patron Saint of the city by residents and illustrious rulers.

The Centre Pompidou pays tribute to the famous French architect Bernard Tschumi: He is the creator of the Zoological Park of Paris. This retrospective looks back on his 30 years of his worldwide creations . You will also find 350 preparatory drawings, sketches and even models. This allows us to see the different design stages of his several projects such as the Parc de la Villette, and Learner Hall of Columbia University and enter the creative touch of this genius.

In front of the Institute of the Arab world find the Orient Express with all its splendor. A major exhibition devoted to this legendary train. This icon of the Art Deco that has amazed generations of travelers opens the doors of the East.

This Exhibition is devoted to the Queen Cleopatra and the myth around her personality.

It deals with the myth about the personality of this famous woman and how it appears through many centuries.

The life of the queen is exposed through the remains of the first century BCE at the first site of the Pinacoteca.

Myth Cleopatra through artistic creation, from ancient Rome to 18th century Europe is celebrated in the second site

Museums open on Sunday in Paris